What Are Spincast Reels Used For?

As an avid angler, you can choose from a variety of fishing reels that are available for purchase and use. After conducting extensive research and analyzing spincast reel reviews, we are able to provide you with some definitive answers. 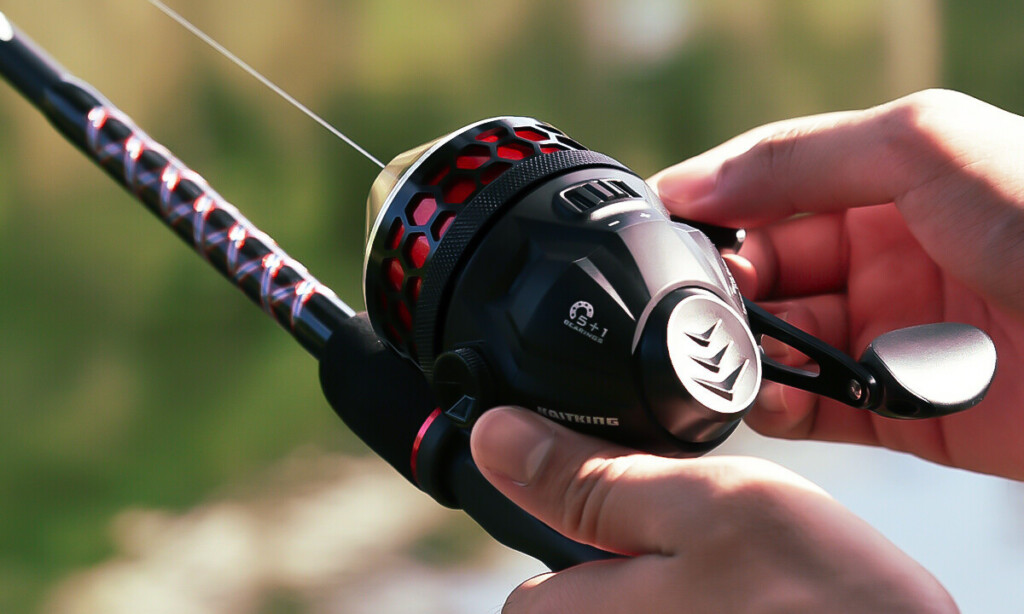 When catching fish, spincasting is a method or technique that makes use of a swimming or spinning bait in order to better lure the fish and entice it to take the bait. This method of fishing requires only a spincast reel mounted on a rod and can be used successfully in both saltwater and freshwater bodies of water. It can also be used in streams or rivers.

The spincast reel is one of the most simple types of fishing reels to operate, especially for beginners. As a result, many young anglers are introduced to fishing with this type of reel at an early age. Spincast reels, on the other hand, are used by anglers of all ages, depending on what they are fishing for. The push-button mechanism is essential to the operation of the spincast reel.

As soon as you press that button in with your thumb, the disengagement process begins to take place. In other words, when you let go of the button during a cast, the line is released, and the lure can move forward when you throw the lure forward. After that, you can re-engage the lock by simply turning the crank. This means that the line will no longer be able to be pulled out, and by turning the crank even further, you will be able to begin retrieving your line.

So, to summarize, you push the button in, you make your cast while the button is released, and then you turn the crank to lock the line in place. Finally, when you detect the presence of a fish, you continue turning the crank to bring the lure back in and, hopefully, a fish.

There are numerous advantages to using a spincast reel. First and foremost, it is extremely simple to operate and handle. This is why it is a fantastic introductory reel for young anglers in the majority of cases. The internal mechanism is straightforward, simple to comprehend, and simple to operate. It takes little to no effort to cast your line, which is why even experienced anglers will occasionally use a spinning rod to cast their line. It can be used by anyone, including children.

Furthermore, because the prices of these types of fishing reels are low, if you lose or damage this fishing equipment, you will not have to worry about burning a hole in your pocketbook.

The reel spool, on the other hand, is shallow due to the fact that this fishing equipment is intended for beginners. This means that the angler will have a shorter line at his or her disposal, and the area of reach will be more restricted than usual. Because larger species would cause damage to the spool mechanism of the spincast reel, you should primarily fish for small panfish and bass with it.

Despite the short range, the components are not extremely durable, and you will not achieve high levels of accuracy when casting your bait. Because the internal gears are made of plastic or die-cast metal, they are prone to breaking after a prolonged period of use in the environment.

When it comes to the materials used to construct spincast reels, anglers prefer to purchase models that are constructed of metal rather than of plastic. This is due to the fact that plastic tends to break more easily and is generally not able to withstand the rigors of constant casting and line retrieval operations.

Anglers should also pay attention to the quality of the push-button, which will be used on a regular basis in addition to the sturdy metal casing. Button designs that are not well thought out will bend over time and may even break. Even though they are less expensive, we recommend that anglers avoid purchasing spincast reels made of plastic.

The spool on a spincast reel remains stationary throughout the casting process. As a result, those considering purchasing a reel of this type must also consider the number of take-up pins available on the reel. When the line is wound back onto the reel spool, these pins come into play to keep the reel from spinning. When models are constructed with more than one take-up pin, the retrieval time for the lines becomes significantly faster.

In addition to the drag system, spincast reels have a number of other important characteristics. Its function is to regulate the smoothness with which the reel performs its functions. Meanwhile, the drag system assists in securing the hook into position. You can choose between two different types of drag systems when it comes to dragging systems, and which one would be the best for you is entirely a matter of personal preference.

External drag systems, also known as star drag systems, are designed with ease of operation in mind. They are essentially a large knob that is placed between the handle and the main body of the reel to allow for easy access. Internal drag systems are distinguished by the presence of a small textured wheel that is intended to be turned with the index finger. Drag systems, as their names suggest, are responsible for controlling the amount of tension in a line.

The gears inside a spincast reel must be made of high-quality metal in order to provide smooth operation and long service life. As a result, the delivered performance of the reel remains constant at all times. The gear ratio is nothing more than the number of times the line spools around in one revolution of the crank. Spincasting reels, on the other hand, have fewer gear ratios than baitcasting reels, on average.

A gear ratio between 2.5:1 and 4.5:1 is recommended by experienced anglers when selecting a reel model for fishing. This provides you with a respectable retrieval cranking speed without sacrificing the speed required to bring in larger fish, which is ideal for larger fish.

When it comes to ball bearings, steel ball bearing reels are preferable to models that only have bushings as a bearing material. It is because of this that you should always purchase a spincast reel that has as many ball bearings as possible in order to ensure a smooth performance. Experienced anglers recommend reels with between 2 and 6 steel ball bearings, depending on the application.