What makes the Eagle Claw Inline Ice Reel the best ice fishing reel money can buy is the combination of its features. For those of you who have been trying to decide which product to purchase and have had difficulty settling on just one, this Eagle Claw product might be worth taking into consideration. Let’s take a look at what makes it so unique and why it has received so many positive reviews over the years. 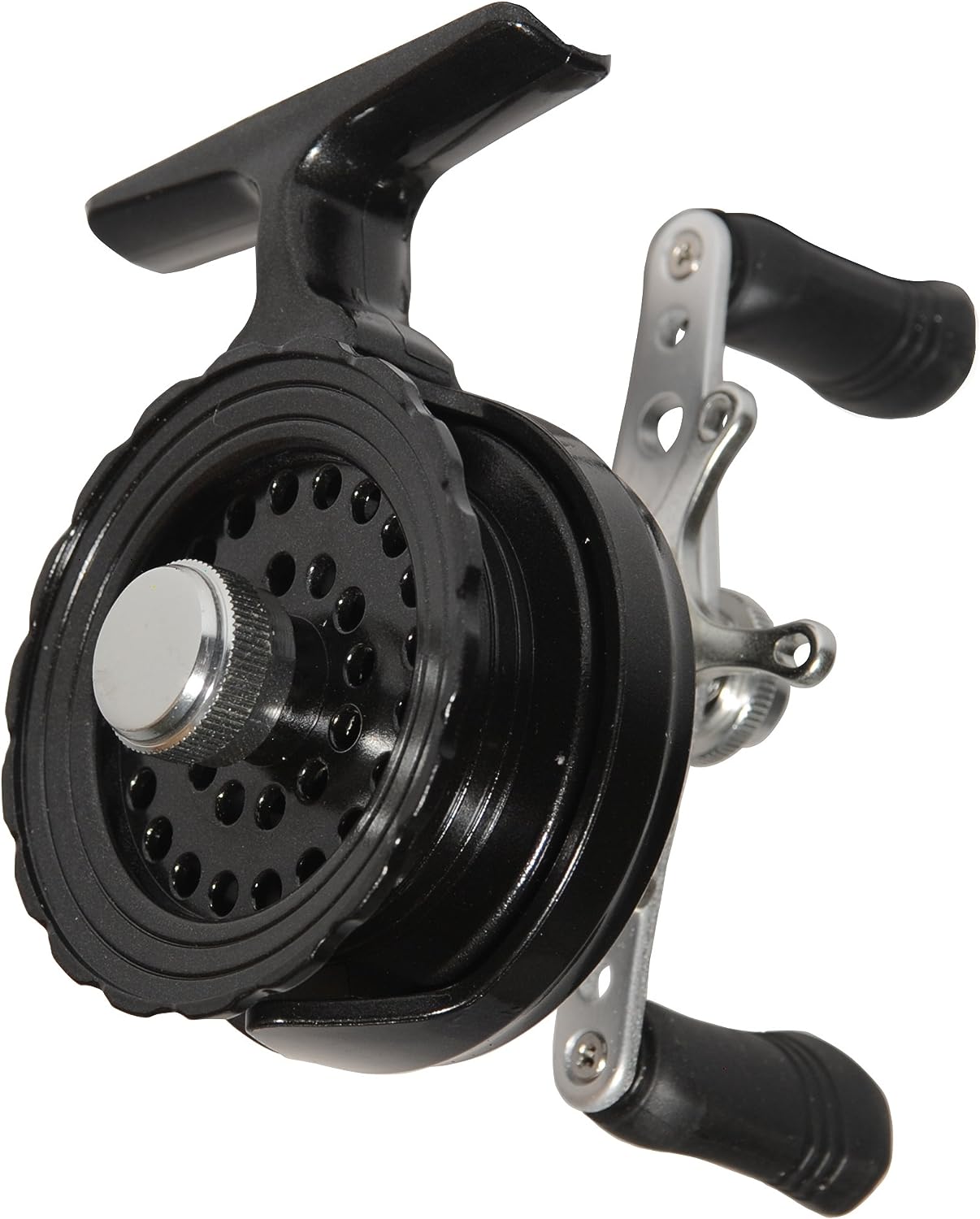 First and foremost, the Eagle Claw Inline Ice Reel is one of the most reasonably priced ice fishing reels that we have come across during our entire research process. While some online marketplaces sell it for as much as fifty dollars, Amazon sells it for a much more reasonable price of twenty-five dollars.

In this case, a low price does not imply a low level of quality, as the Eagle Claw Inline Ice Reel has been constructed in accordance with the quality standards established by the manufacturer. As stated in the product description, this one is inexpensive, but it makes no concessions when it comes to performing the functions for which it is intended.

Who knows if you won’t be as fortunate as I was and get it for forty bucks? The price varies depending on the size that you ultimately choose to purchase. ECILIRB and ECILIRBL are the two primary sizes from which a user can choose.

The model is smooth and straightforward, yet it provides more than enough power for any situation that might arise. One of the difficulties that anglers may face is hard water, and this product has been specifically designed to deal with this issue. 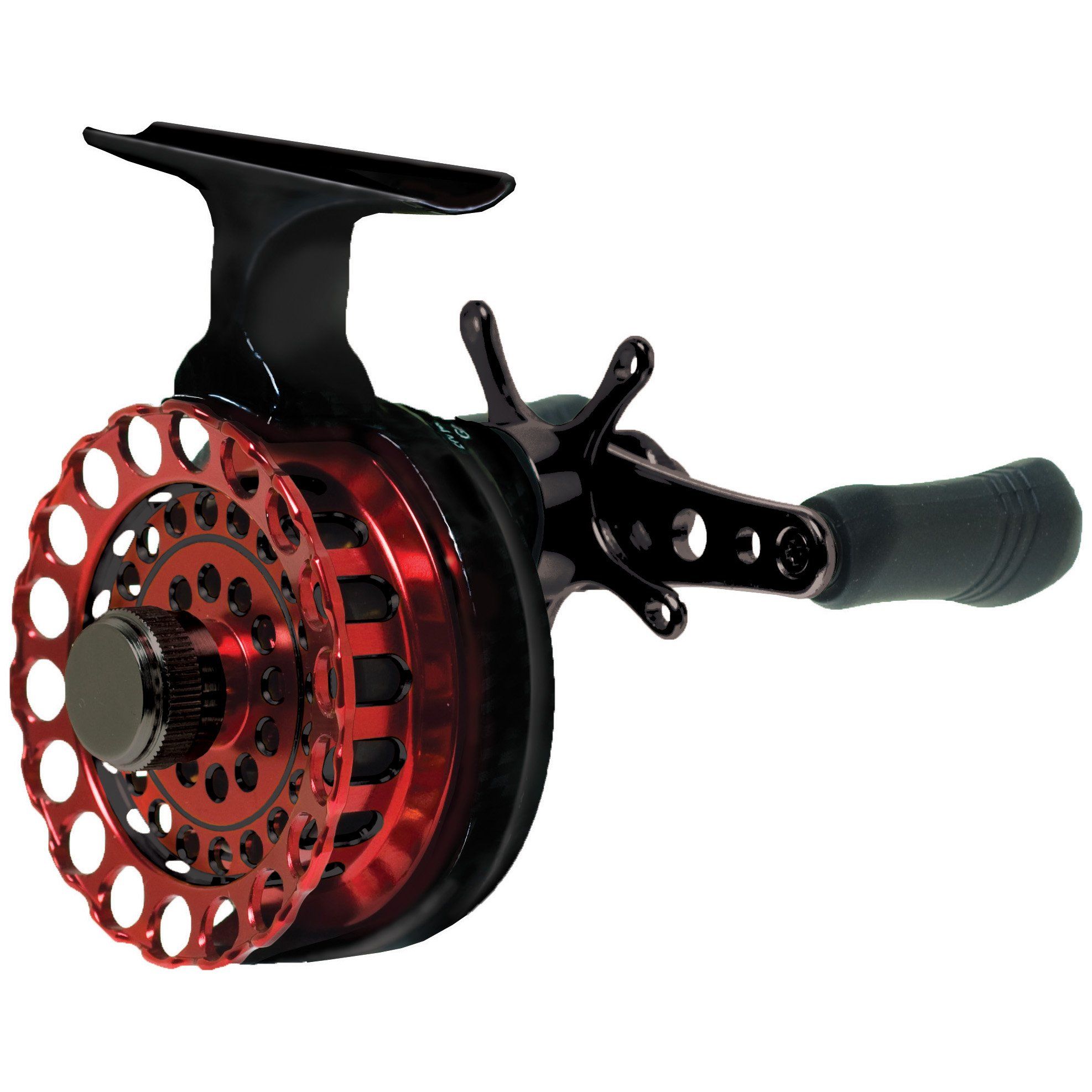 Aluminum handle with a non-slip grip

The nylon used in the construction of this model is used for both the reel and the spool body. The handle is made of aluminum, but it has a non-slip surface to prevent it from slipping. The handle, in fact, is one of the most praised aspects of this unit, as it is said to be the best option for fishermen who wear gloves or for those who have cold hands in winter. Typical of baitcasting reels, this one is equipped with a double handle for added convenience.

When it comes to retrieval rate, the reel’s 2:6:1 ratio is most likely the feature that ultimately convinces prospective buyers to purchase this particular model. This type of retrieve rate enables anglers to fish for gamefish in deep water while also assisting them in halting jig spin, which is particularly beneficial for beginners.

Usability at its best

Another noteworthy feature of this product is the fact that it comes with a free spool. Users will be able to allow a jig to drop down the hole without having to manually peel line off the bottom of the hole as a result of this feature. The free spool can be adjusted to accommodate either light or heavy jigs, as well as the preferences of the person who will be using the free spool. Because the line is sent out immediately after the button is pressed, the free spool provided by the Eagle Claw Inline Ice Reel is the best feature in terms of usability.

When it comes to separating the wheat from the chaff when purchasing a new unit, any angler is well aware of the golden rule: the greater the number of bearings in a fishing reel, the better the unit. In this case, however, there is more than enough, considering that it has four and one additional ball bearings.

Additionally, the Teflon star drag and audible line clicker make this product worth considering, especially given the fact that it might just as well be the ideal tool for trolling crappie lakes. If you’re still not convinced about the high quality of this reel or about what it might be able to do for you, take a look at some of the reviews it has amassed over the course of time. These days, a large number of websites where the reel is being sold are offering customer testimonials on their products. You can find some of the most relevant ones by searching on Amazon, where the item has received an impressive number of positive reviews for its price. As a matter of fact, a large number of customers who chose this option were pleased with their purchases and left positive reviews on Amazon.

When we looked at customer feedback, we found that most people were impressed with the large spool provided by this reel, which appeared to be more than capable of keeping the line straight. This is what allows some of the users to catch even more fish than they would normally be able to catch on their own.

Great value for the money

A number of other consumers have expressed their delight with the value for money provided, with some going so far as to claim that it is the most affordable ice fishing reel they have ever purchased. More than a few customers found it difficult to keep their excitement under wraps, and some even complimented the Eagle Claw Inline Ice Reel on its attractiveness.

With this reel, changing the reel from the right to the left is a little more difficult because the user has to completely disassemble and reassemble the reel from scratch.